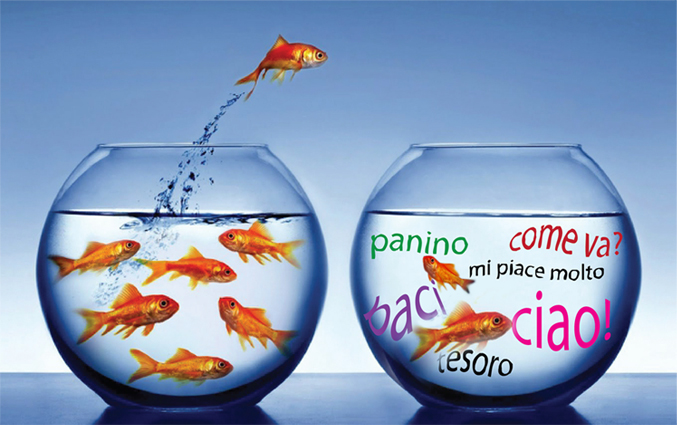 Cultural intelligence is an important step towards cultural competence. Acquiring and developing intercultural skills can help you enjoy a more relaxed life and greater success in your career abroad. We have some useful tips on how to become a better global mind.

Intercultural knowledge may help you cope with initial disorientation. You can try to learn some of the “rules” of your host country before leaving home. However, in a smooth transition from the phase of cultural awareness to actually acquiring cultural intelligence, you should try to analyze your relationship with your own culture first.

What products are considered typical of my home country? Which social rituals are widespread and popular? How do its most important systems and institutions work?

In all likelihood, you will start out with some clichés and stereotypes about other countries and cultures. That’s not exactly cultural intelligence, but it’s not necessarily all bad, either: Stereotypes exist because they are simple to understand and easy to remember.

“All Germans are hard-working and over-punctual” is a far shorter statement than, “generally speaking, German business people tend to live in an achievement-oriented culture with a mono-chronic approach towards time management.”

Reflecting on your own culture and gathering information on a new culture should help you understand where such stereotypes come from and how they can be replaced by true cultural intelligence.

The following points are useful steps on the way towards cultural intelligence.

Meet other expats who have already lived in this country and ask them about “best practice” tips.
Immerse yourself in your new country’s rituals and products. You could, for example, read travel guides on local traditions, cook new recipes, or consume a bit of contemporary pop culture. What might such things reveal about deeper social issues, and how could they further your cultural intelligence?

Do online research on your destination or buy a few books on expat living. The materials should explain some hard facts (e.g. history, politics), give you concrete advice on everyday situations (e.g. table manners, business etiquette), and address some underlying values.

Take seminars on cultural intelligence. However, please exercise some caution here. There are often no specified qualifications for intercultural trainers, so always ask them for references.
Always remember: Even interculturally effective persons may sometimes behave awkwardly, especially in the beginning. However, your chances of success increase the higher your level of cultural intelligence is.

The importance of intercultural skills can no longer be denied. Global communication is no longer restricted to certain industries and high-ranking executives, but happens everywhere. While superficial cultural differences may vanish with globalization, underlying social values often remain.

Don’t be fooled into thinking that cultural intelligence is becoming less important. On the contrary: When doing business on an international level, intercultural skills are as vital to success as ever – possibly even more.

Acquiring practical intercultural skills is the hardest part of cross-cultural learning. It’s not quite as simple as deciding between a bow and a handshake or between gripping your business contact’s hand firmly and touching it cautiously.

It means being able to analyze misunderstandings and set them right, or being able to avoid them in the first place. While good seminars provide the opportunity to practice your skills in role play situations, it should be an ongoing process of learning by doing when you are actually abroad.

A famous example of cultural intelligence in action is the oft-cited anecdote about a Western expat manager who tried to improve the efficiency of project work in his company’s East Asian branch office. The hefty bonus he promised to the highest-performing member of every project group, regardless of seniority or status, didn’t work at all. Indeed, productivity seemed to drop further. After he’d overcome his frustration, it dawned on him where his skills had failed him.

What had gone wrong? By rewarding an individual group member, he’d singled out one person for praise, causing the other members of the group embarrassment or even shame. To protect their co-workers, the employees adjusted their behavior accordingly and avoided high performance. Nobody actually wanted to be the “winner” if it meant disrespecting their colleagues’ dignity.

When the manager realized he was offending the basic values of a more collective and hierarchical culture, he put his intercultural skills into practice and changed the incentive. He promised to reward the entire team if they managed to reach a certain goal – productivity sky-rocketed. The cohesion of the group hadn’t been endangered; nobody had lost “face”, and the manager demonstrated his intercultural skills.

Ideally speaking, this is where cultural intelligence should lead you, even in difficult situations.